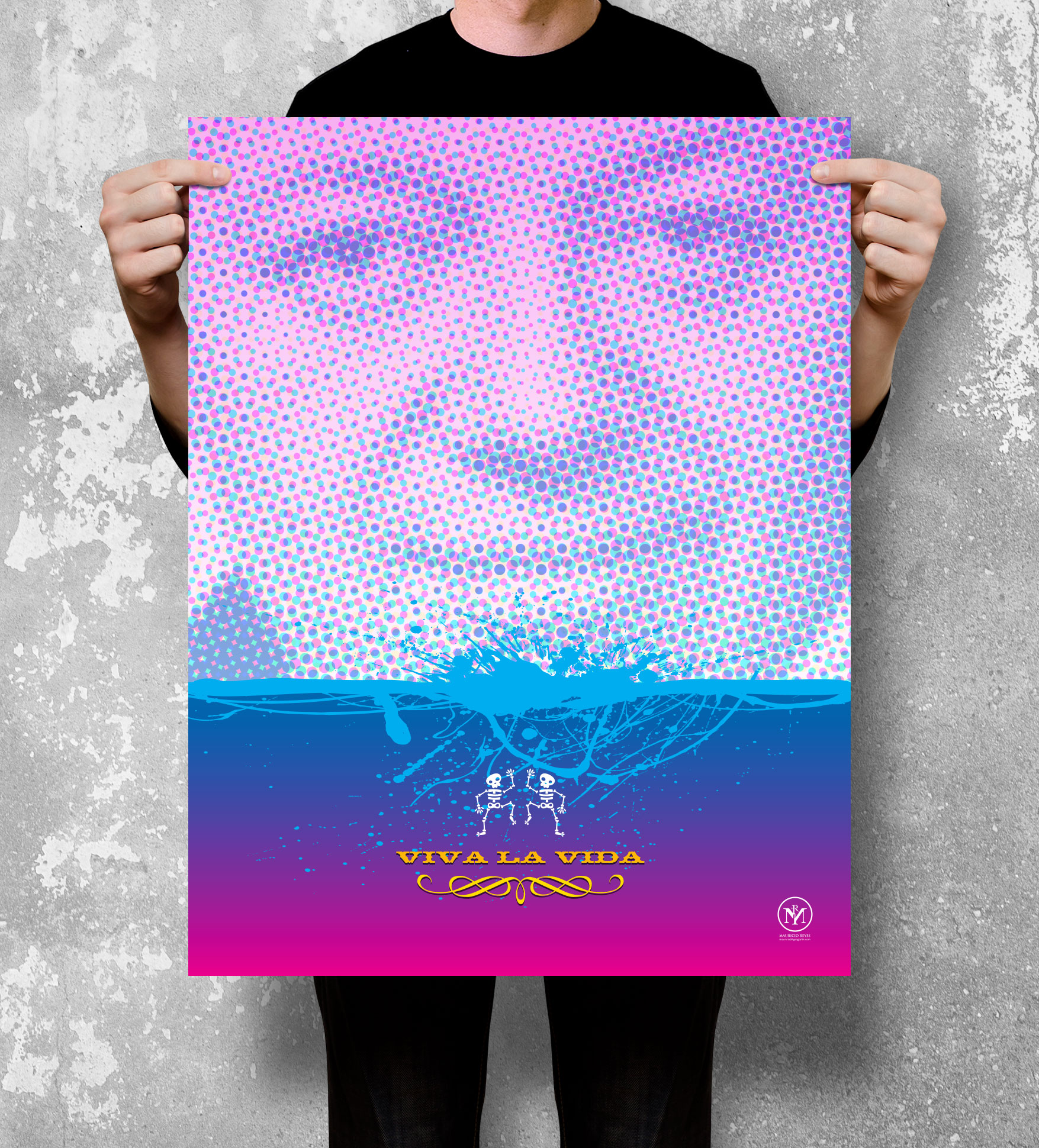 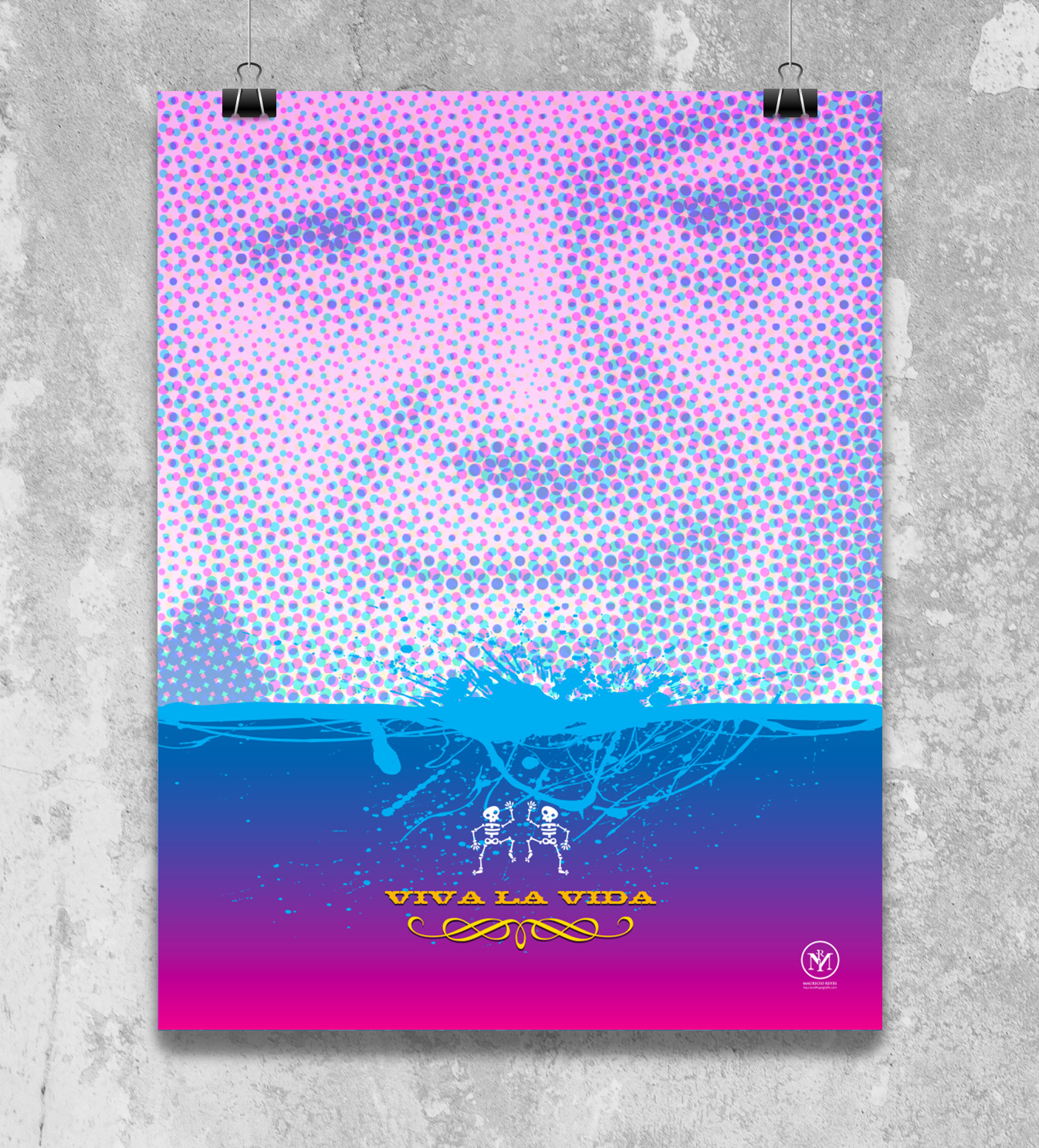 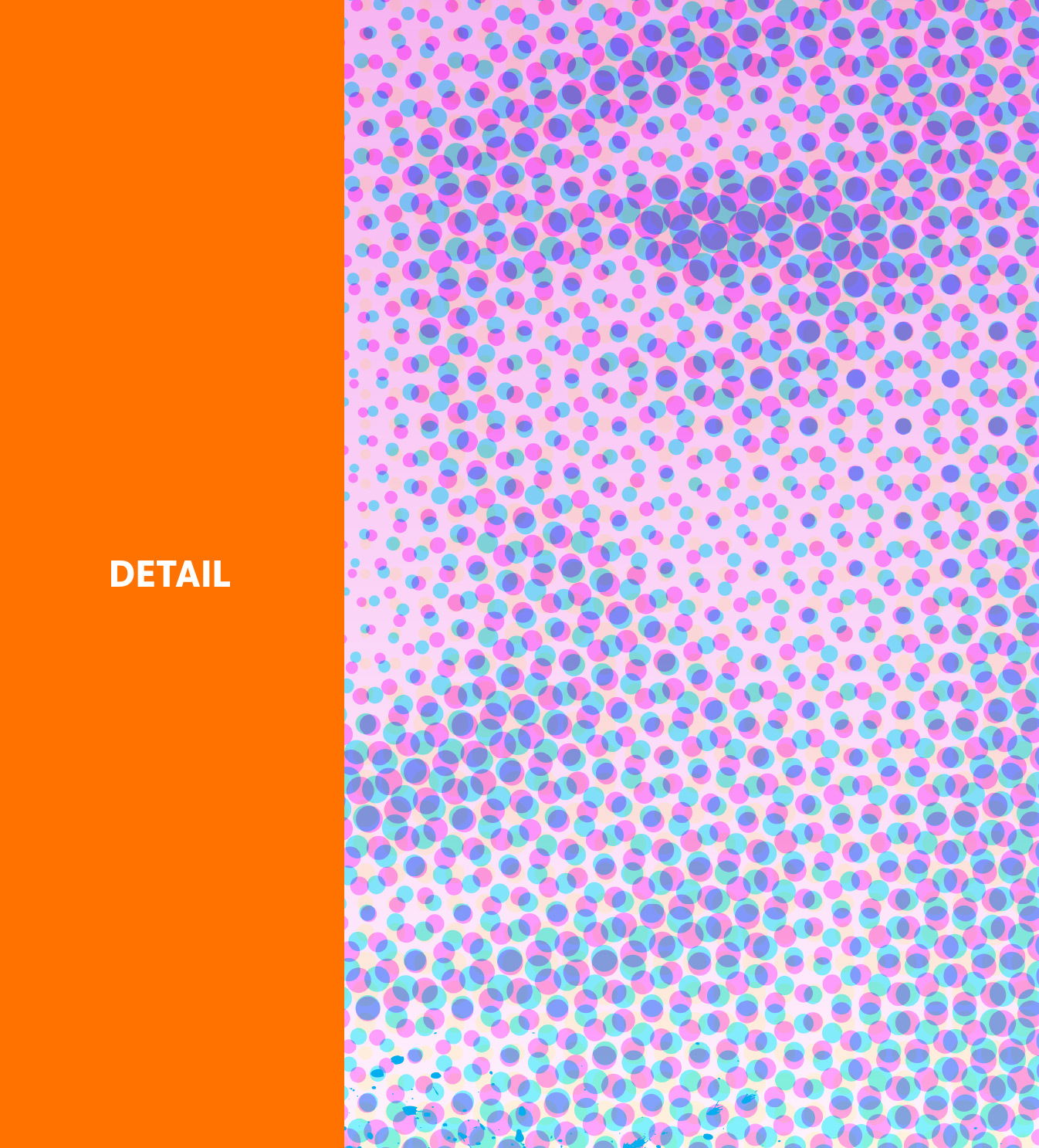 This very complex to print poster (It uses 4 printing techniques!) is the fourth of the series “Viva La Vida” designed by Mauricio Reyes for the Frida Kahlo museum in Mexico City.