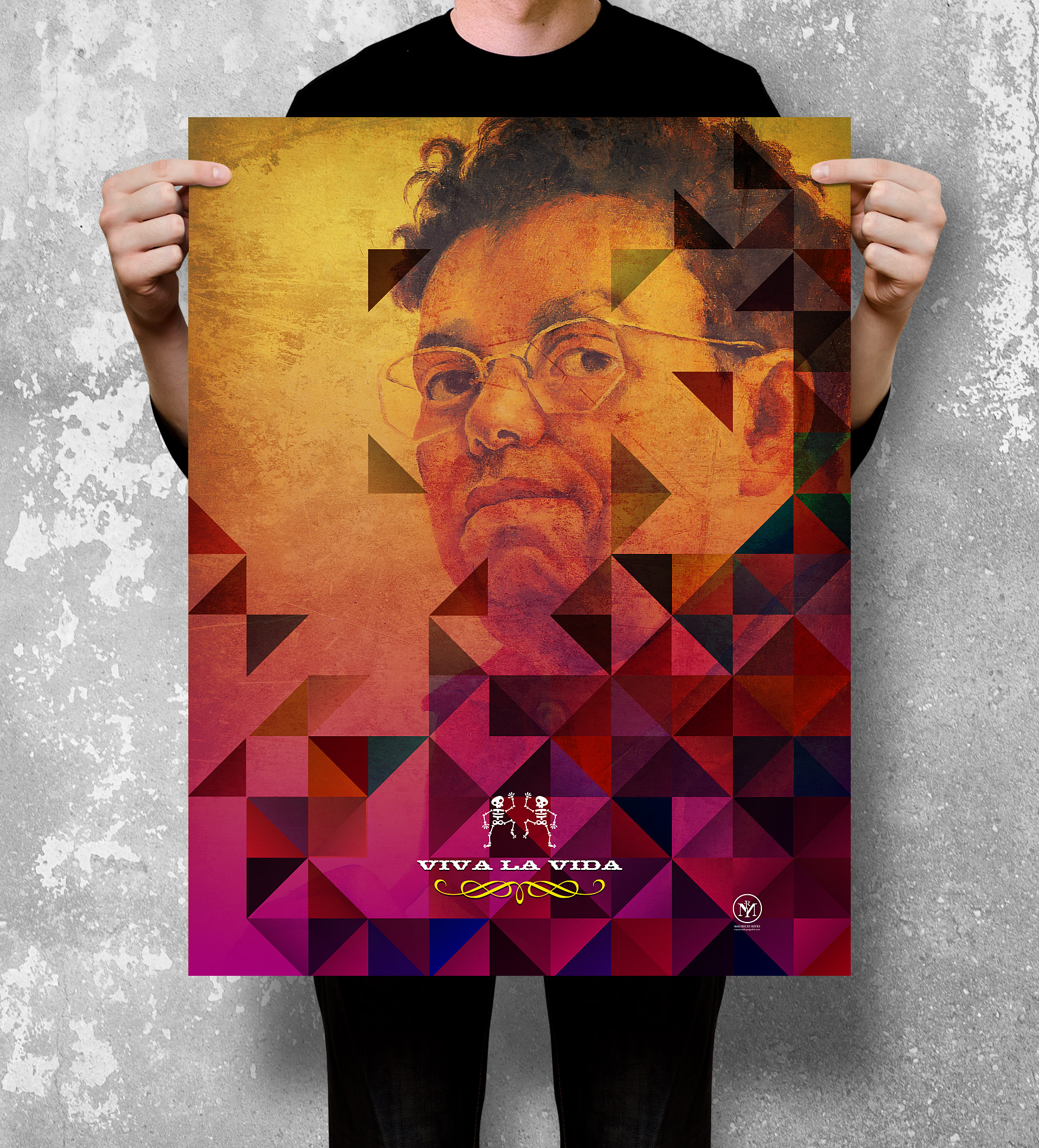 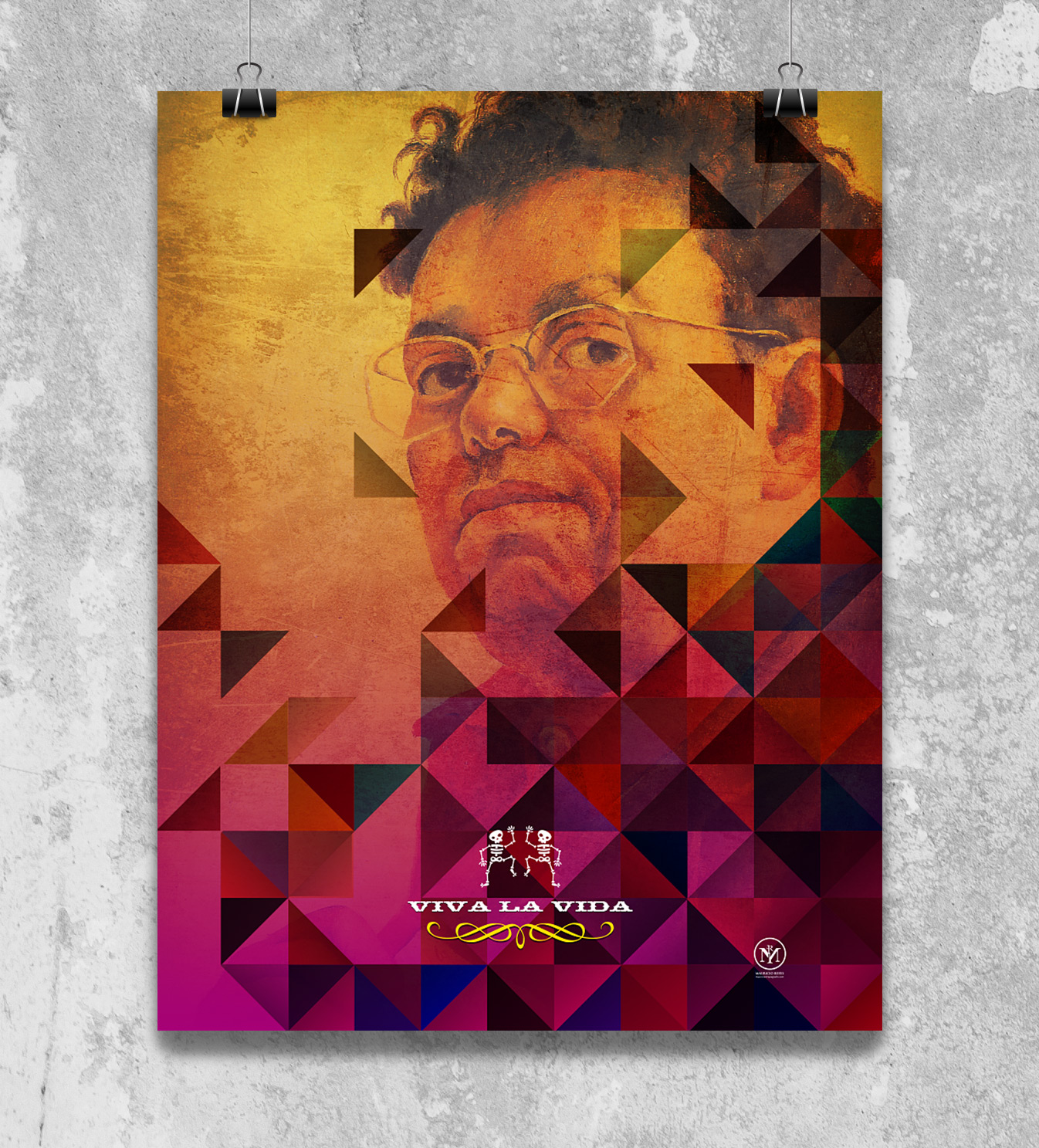 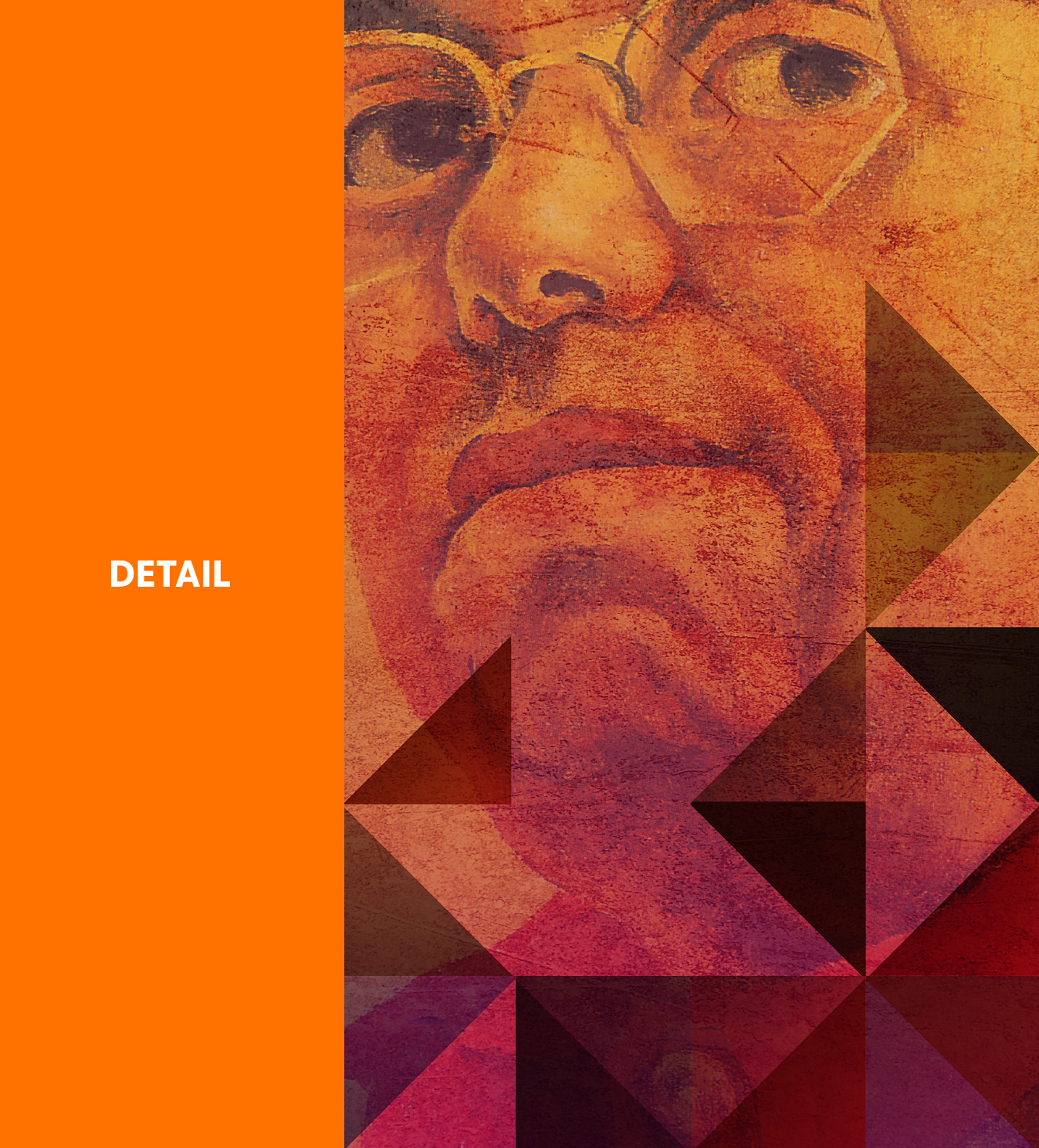 Sixth and final poster for the “Viva La Vida” series of posters designed by Mauricio Reyes for the Frida Kahlo museum in Mexico City. The design is based on one of Diego Rivera’s portraits. Diego loved European art movements, specially Futurism and Cubism, hence the geometric nature of this composition.  The posters were designed for the “Casa Azul.”