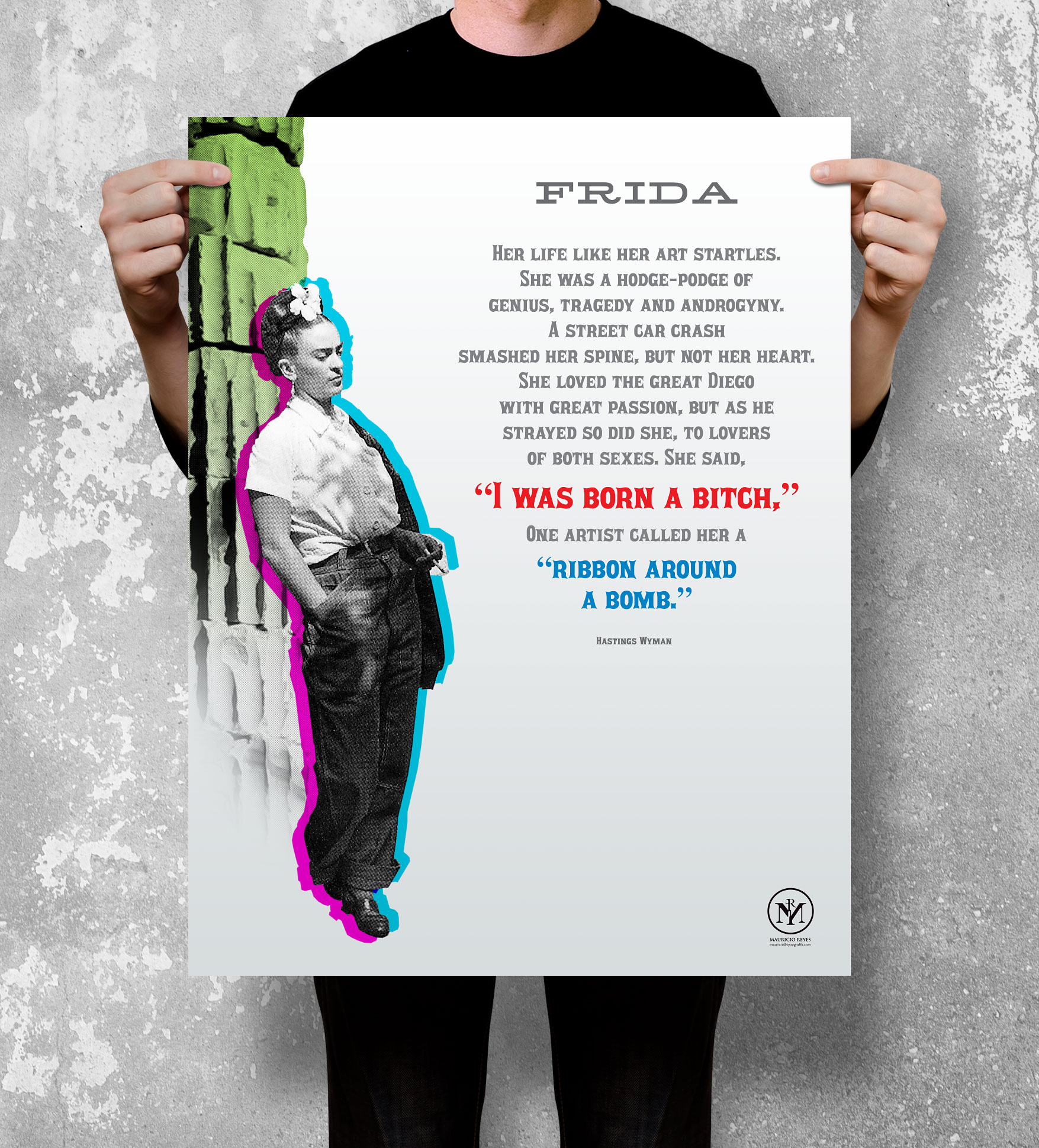 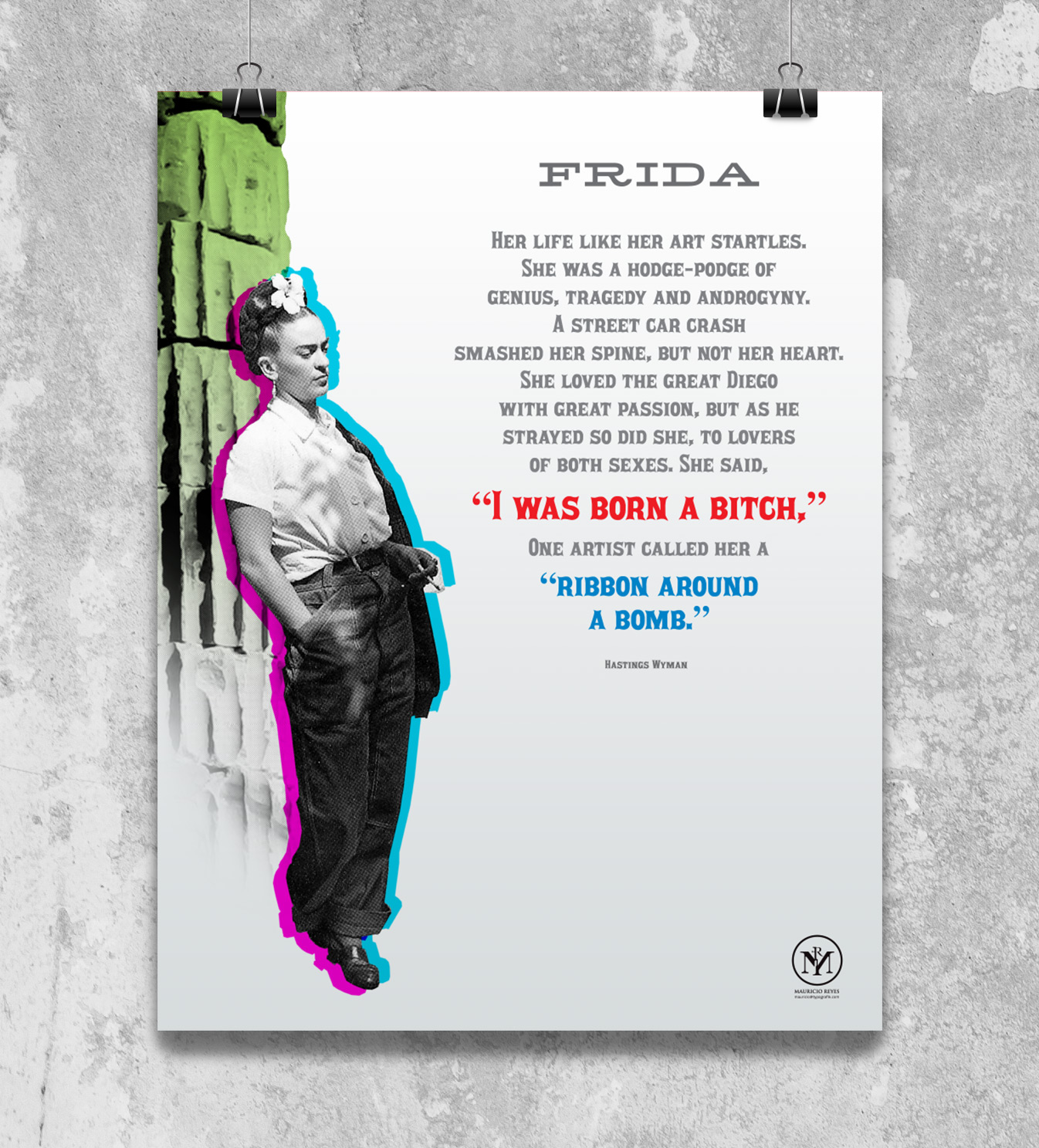 Mauricio Reyes was honored to create a series of posters for the Frida Kahlo museum in Mexico City.