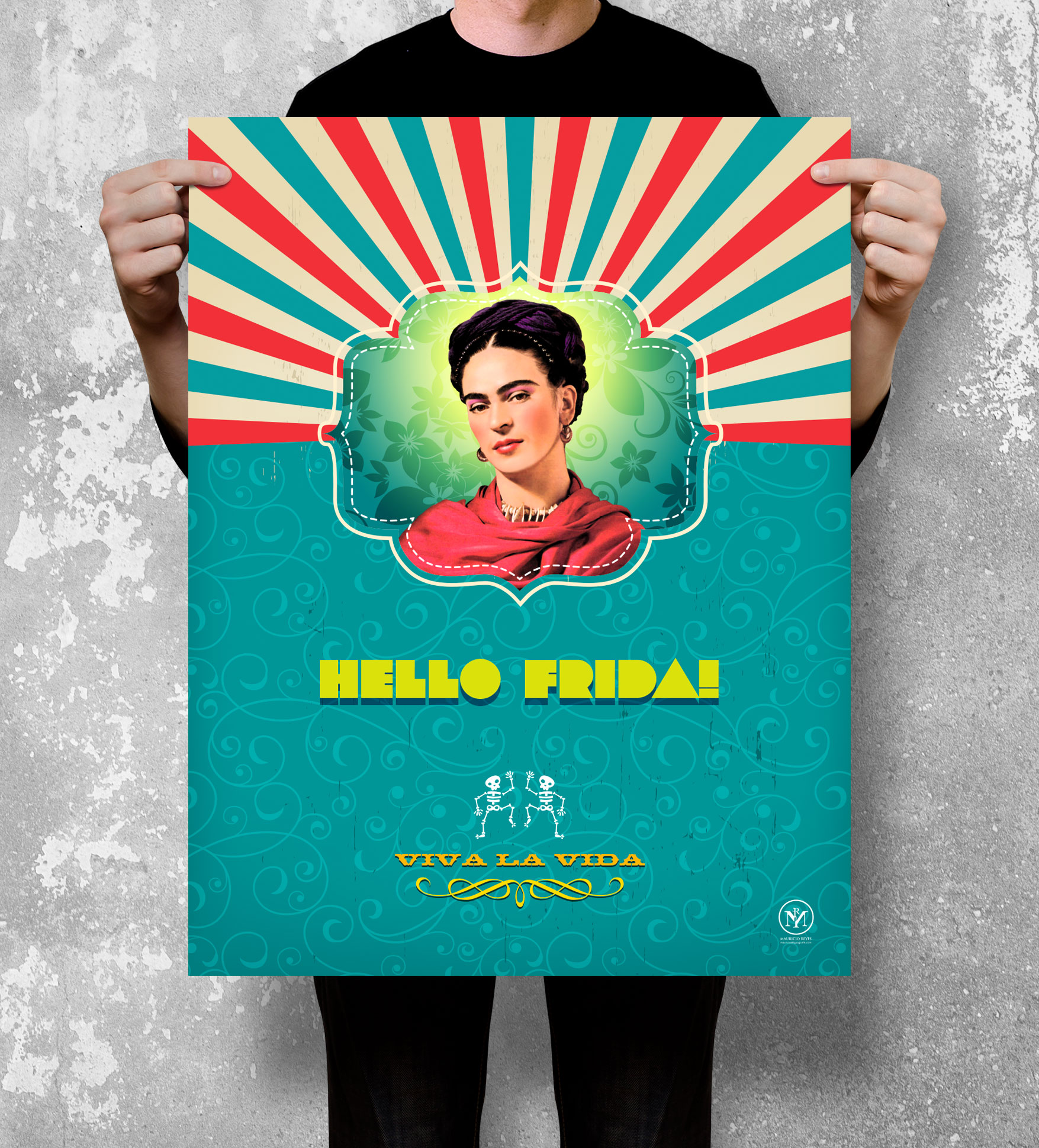 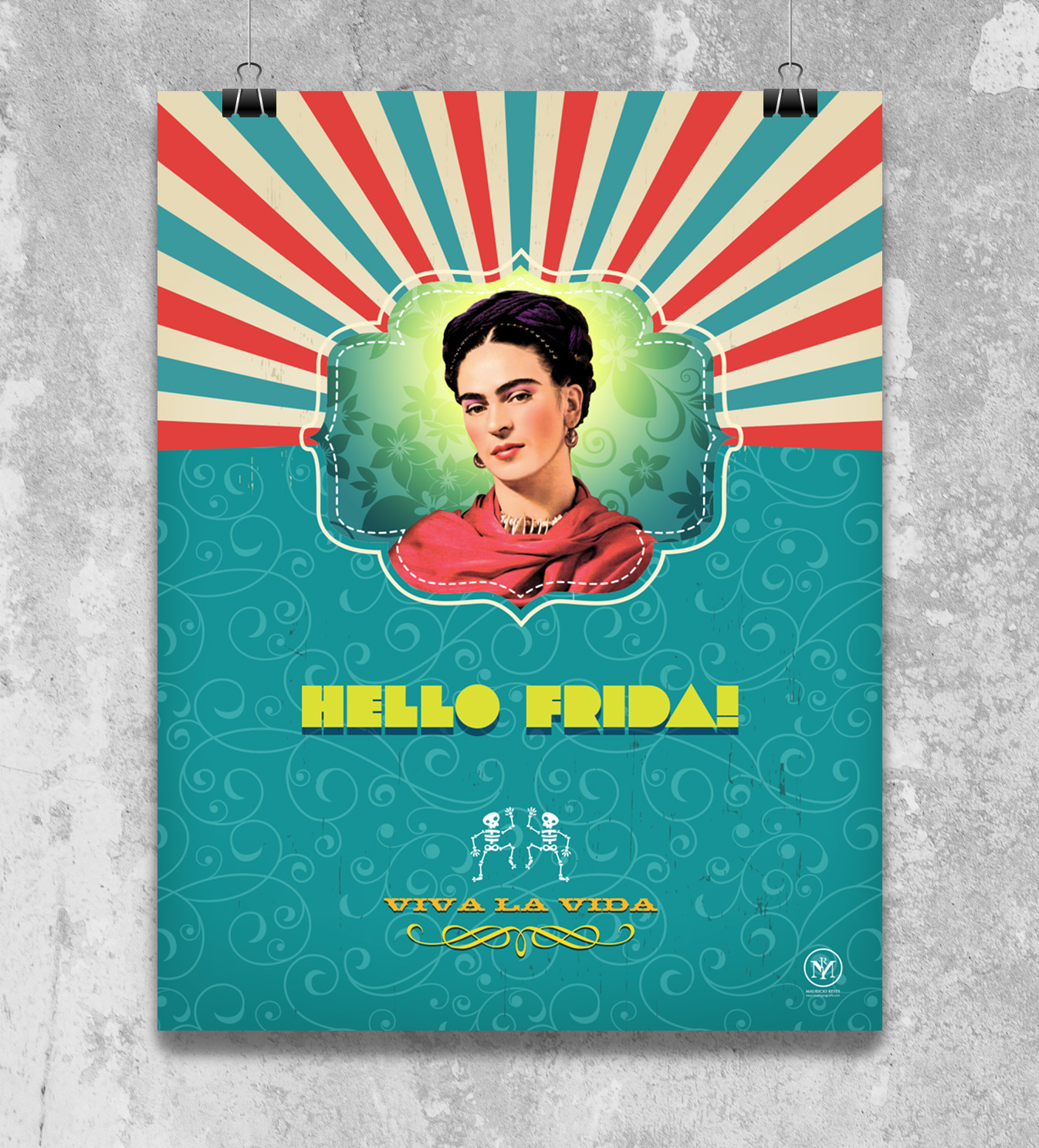 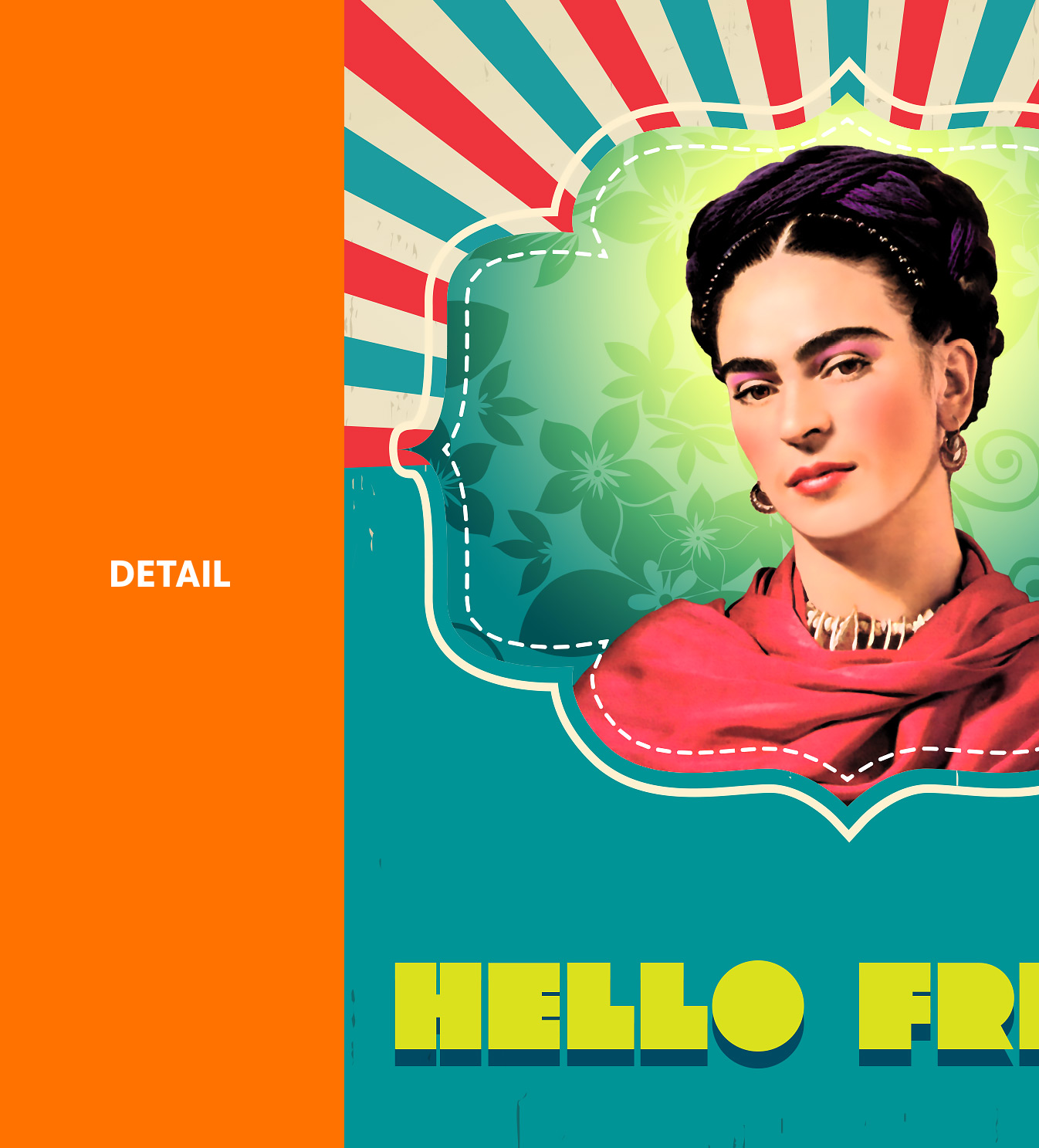 This fun and colorful poster is the third designed by Mauricio Reyes for the “Viva La Vida” exhibit at the Frida Kahlo museum in Mexico City.