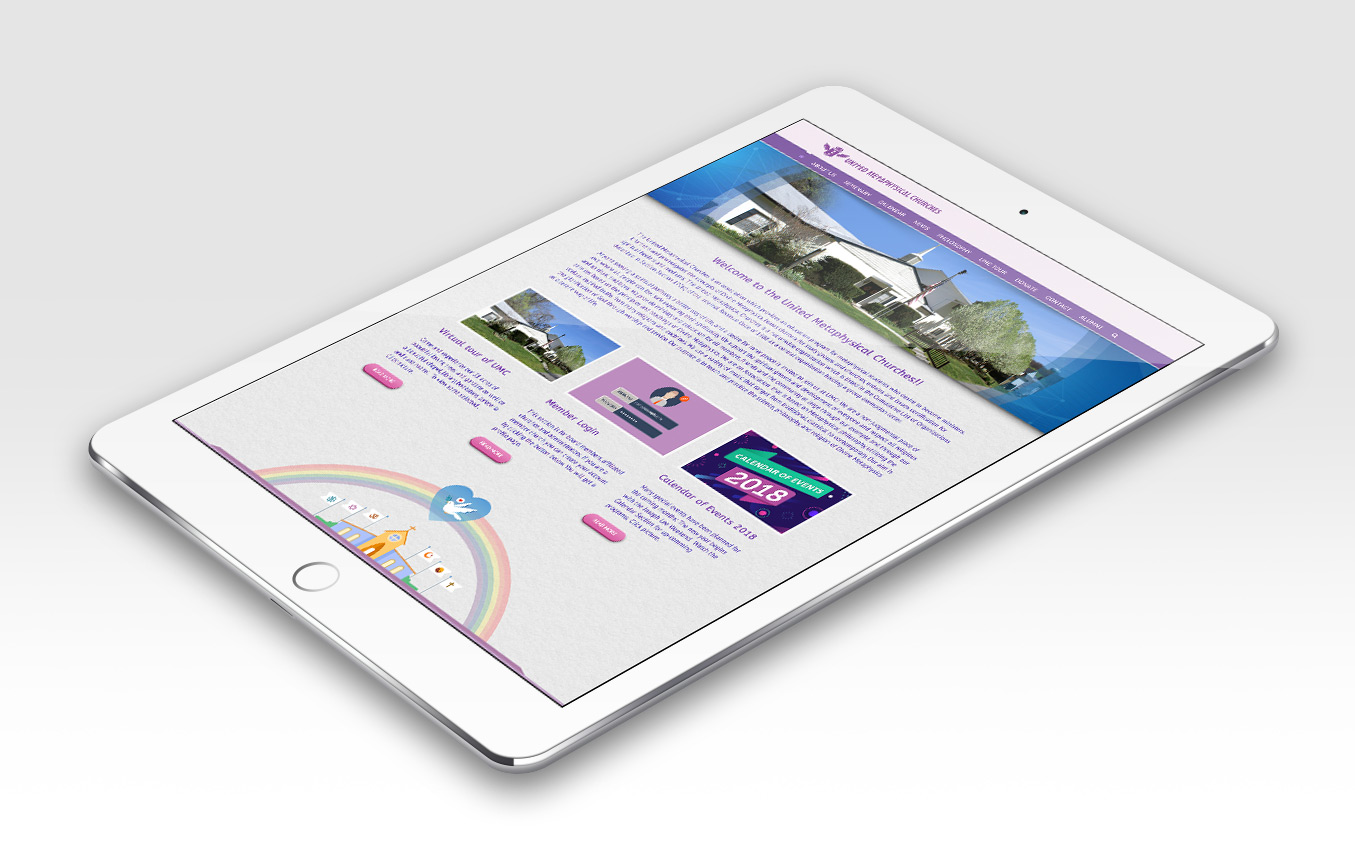 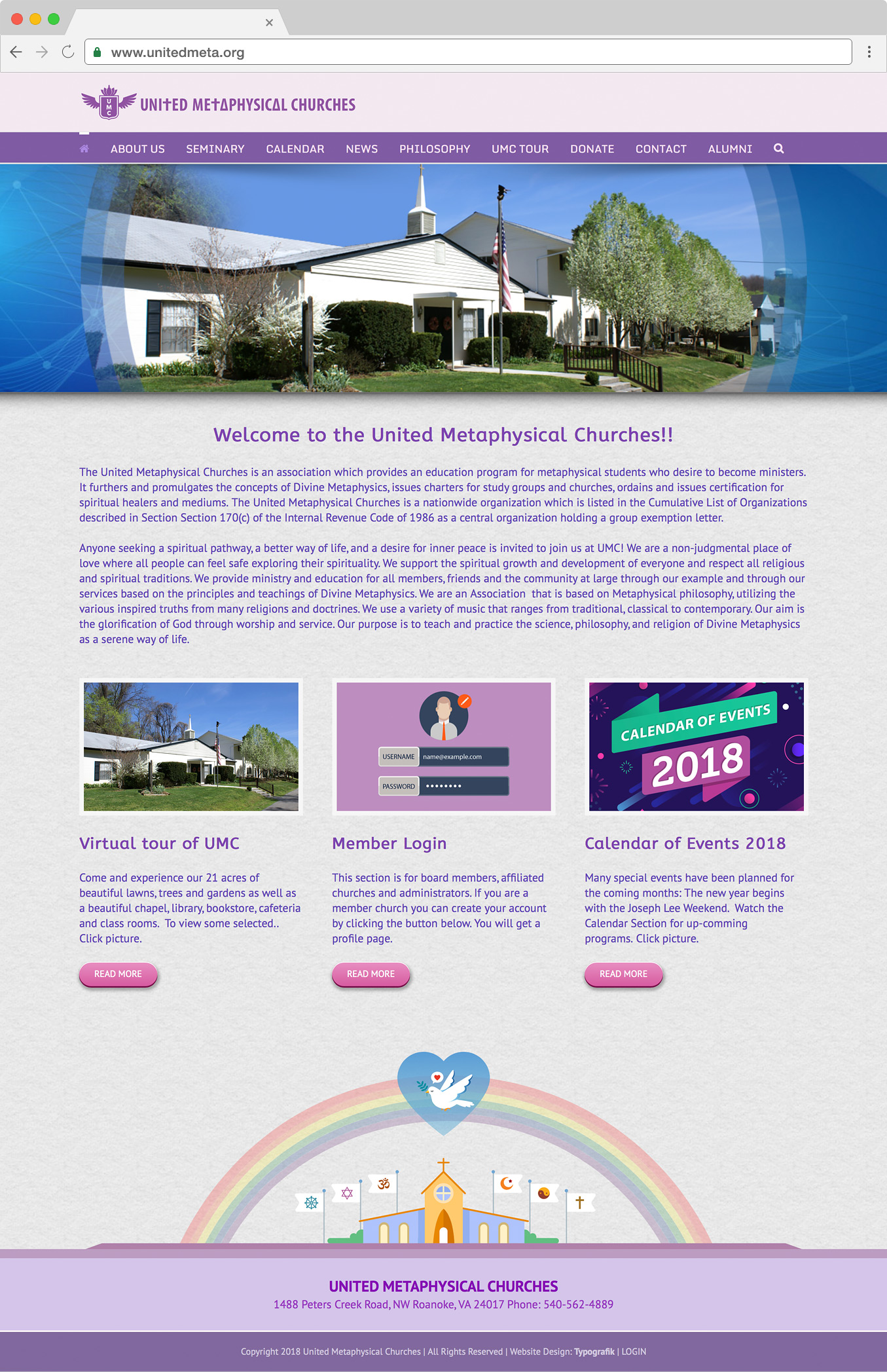 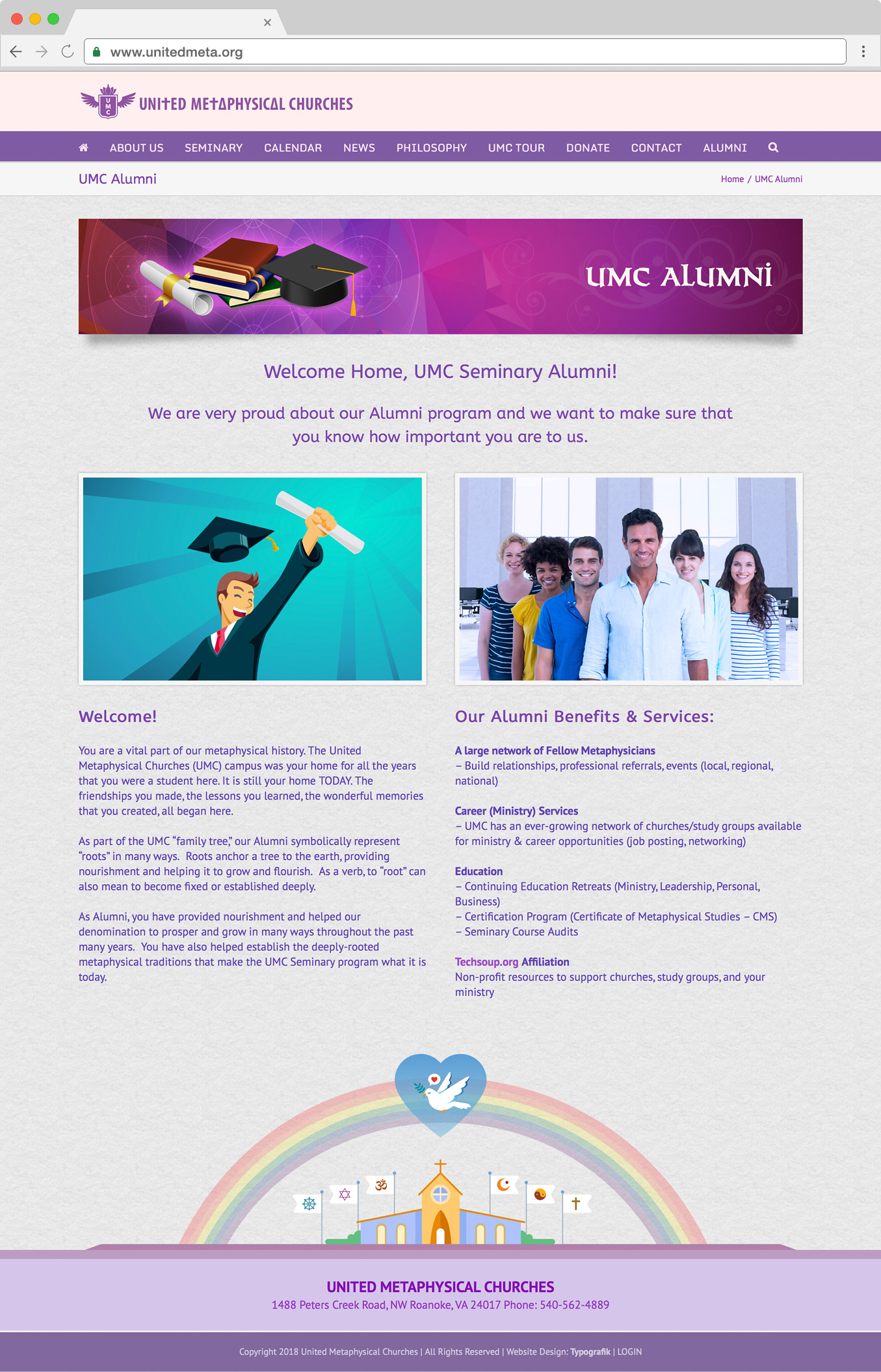 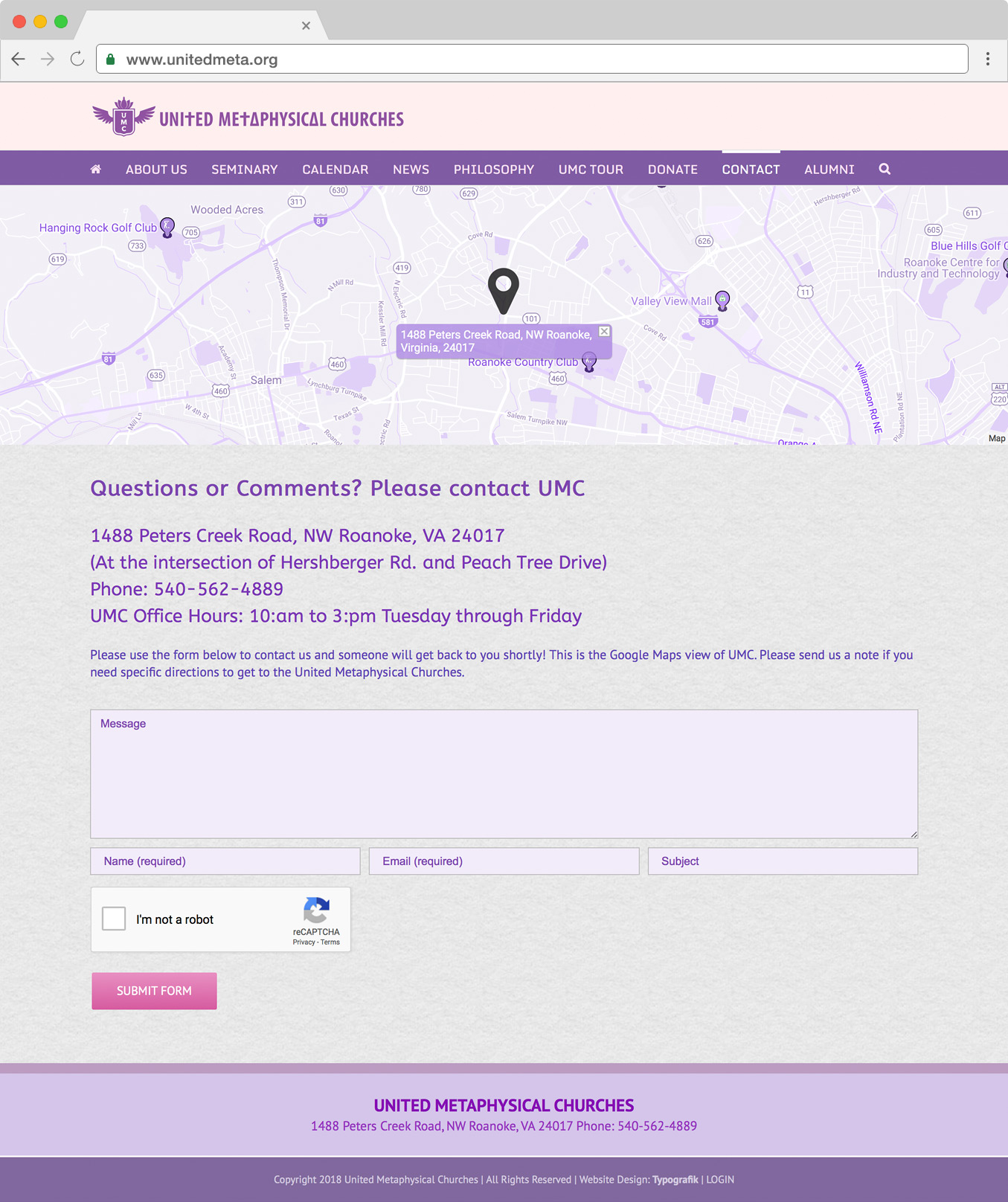 Typografik has been working with UMC for over 10 years.  We were commissioned to redesign their existing website, corporate identity, and marketing materials.

The United Metaphysical Churches was organized on November 21, 1964, and was incorporated on April 20, 1965, under the name of the Spiritual Churches of Science and Revelation, a non-profit religious association. In 1992 the name changed to the United Metaphysical Churches. The Association came into manifestation over the dispute of property ownership. The group of churches that was to become the Spiritual Churches of Science and Revelation felt strongly that the individual church property should belong to the local church, and not a national association. Lawsuits began and as a result members like Mr. Harold Williams of the First Spiritual Church of Bay City made the motion to withdraw from said association.

Others then followed suit and the necessity of a new organization became evident. A number of Michigan churches began to meet to form a new organization. The name of Spiritual, rather than “Spiritualist Churches” was decided upon as they wanted it to be an Association that did more than give messages.  Thus, Spiritual Churches through Science would explain the Revelations. (The manifestations of the Spirit, Quantum Physics, if you will.)  The Association would meet in various hotels for their Conventions until 1994 when they purchased a former bible college in Roanoke, Virginia.

The first summer program was presented on July 1, 1995, and continues to the present date. Today, the United Metaphysical Churches provides one of the finest and most comprehensive metaphysical educational departments which includes studies in Mediumship, Healing & Ordination of Ministers. Rev. Rita Sigardson began the Educational Department in 1967 chartered: “The Educational, Healing & Counseling Center of the Spiritual Churches of Science and Revelations.